The Scout who escaped from Auschwitz 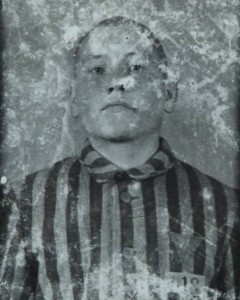 Kazimierz Piechowski was 21 when in 1940 he was imprisoned in Auschwitz, the notorious Nazi death camp. He was 23 when he carried out its most famous escape.

Against extraordinary odds, he and three others broke into the SS uniform store. They dressed up as SS officers, stole the camp commander’s car, and drove away. All the guards let them through. They were never recaptured.

Over a million people were murdered by gassing in Auschwitz. Thousands more were killed by starvation, torture, shooting, hanging, beating, disease and brutality. No-one was meant to survive longer than three months. Kazik managed two years. 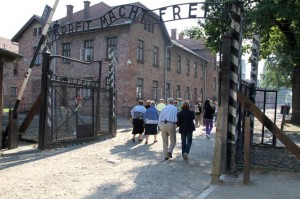 “The first two transports to Auschwitz were Scouts. We saw it as a mental war with the enemy. We told ourselves it was a Scouting test. We shared our food, we tried to help each other. We fought against becoming depraved.”

“I devised the whole escape very carefully. I thought hard how to do it so that no-one could be killed in reprisal – our whole komando escaped together. And I did it to save my friend Genek.”

“The young people of the world need to stop these wars and genocides. They must carry on the mission now.” 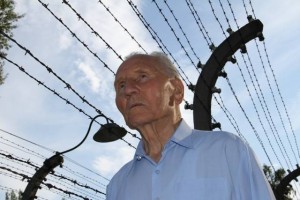 Of all the millions of people murdered and imprisoned in Auschwitz, only 144 successfully escaped. We need to cherish those few who remain, and who, like Kazik, devote themselves to bearing witness.