THE ANGLO POLISH SOCIETY (Bristol and the South West)

The tragic situation in Ukraine is evolving rapidly. People are being very generous, but it seems that some local clothing collections are currently overwhelmed with donations.

Please could we suggest that cash is the best form of donation at present? The DEC (Disaster Emergency Committee) www.dec.org.uk coordinates donations to a group of well established and effective charities.

As history repeats itself, our thoughts are with the Ukrainians. 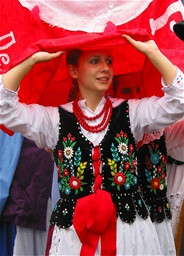 The Anglo Polish Society originated as an association set up by the poet Thomas Campbell and his friends to offer sympathy and support to Polish insurgents following an uprising in 1832 to gain freedom. It was brutally put down by the Russians and some of the insurgents found refuge in England.

Polish soldiers, airmen and sailors who had fought as allies alongside British armed forces and some survivors of the Warsaw uprising who reached the UK, could not go back to communist dominated Poland. Some settled in Bristol and the South West with their families.

They were among the first members of the Society. The Polish community greatly expanded with the arrival of a large number of Poles after Poland joined the EU and the membership of the Society increased.

Gaining charitable status in 2005, the Anglo Polish Society’s objectives are as follow:

Chairman, committee, trustees, members.
Annual General Meeting is held each year in April where old and new members are most welcome.

Membership is open to all