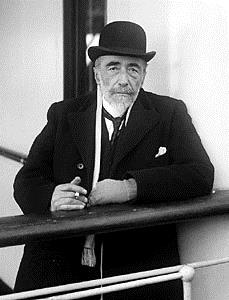 When I learnt that the Anglo Polish Society in conjunction with the Bristol Central Library was holding a lecture on Joseph Conrad, delivered by Professor Tim Middleton of Bath Spa University, I knew this was an opportunity not to be missed.  I teach English at Weston Sixth Form Academy and have been introducing my current AS Literature students to Conrad and two of his works: Heart of Darkness and The Secret Agent.  We have been exploring his life, ideas about colonialism and terrorism, his astounding use of English (more so as it was his third language) and of course, mankind’s endless ‘fascination of the abomination’.

Offering my students a taster of university was fantastic and certainly has enriched their whole experience of learning about Conrad.  We were offered a warm welcome by the Anglo-Polish Society and a rare opportunity to see the usually hidden library stacks as we descended to the lecture room.

Professor Middleton’s research interests lie in Conrad, his life and works, and also ideas about identity, nationhood, place and nationality.  He shared some of his thoughts with us in a lecture entitled ‘Conrad and England’.  We gained a clear insight into Conrad as a divided man; of Polish nationality yet living in England, a decision originally taken to avoid army conscription.  Conrad’s sense of being an outsider was something that remained with him throughout his life, and as Professor Middleton argued, created an uneasy sense of identity for the author, as he was able to look upon the world with a double vision, a duality which resurfaced in his writings.  Conrad was truly brought to life by the photos of the various houses and locations in England which helped shape his identity.

Professor Middleton also had time to answer individual questions and he gave us some excellent thoughts on Heart of Darkness.  We left with pages of notes and a greater understanding of the writer and the influences working upon him.  Thank you for this wonderful opportunity.