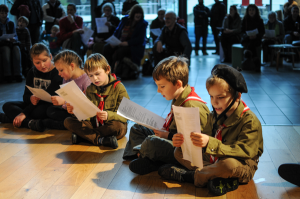 “It was very enjoyable afternoon with good music, I particularly enjoyed zuchy, (it’s always nice to see children sing and dance) Katy, and Górale with Ania were very good, and it was good to meet with friends.”

“The best value annual cultural event in the West of England.”

“With the addition of Polish drinks and food it’s turning into an annual Polish Festival – Fantastic!”

“Katy Carr was the highlight of the evening captivating the audience with her songs and stories.”

“A thoroughly enjoyable event with something to see and hear for everyone.”

“Some of the artwork upstairs was fabulous” 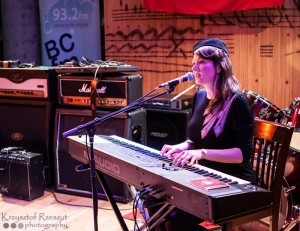 “I went to the Poles Aloud event just in time to see Katy Carr singing and it was very impressive with her songs taken from traditional Polish tunes as well as her own songs which include so much of Polish History, such as the story of Wojtek the bear , who was adopted by Polish troops and made a corporal in the Polish Army, seeing service in the battle of Monte Cassino. This was a song that could be enjoyed by all generations and it was lovely to see a crowded mixed age group, varying from babies to pensioners there.  Next there were more modern groups, followed by a folk group playing traditional mountain folk songs on violins , so something for everyone!  Many thanks to all who organised it.”

“After Katy finished, the Lord Mayor of Bristol left with a red and white garland on his head and a wide smile across his face!” 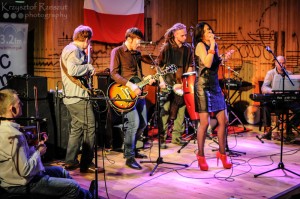 “Great to see Poles of all ages and backgrounds joining together to celebrate their culture and showcasing it to the public of Bristol.”

Photographs with thanks to Krzysztof Rzeszut